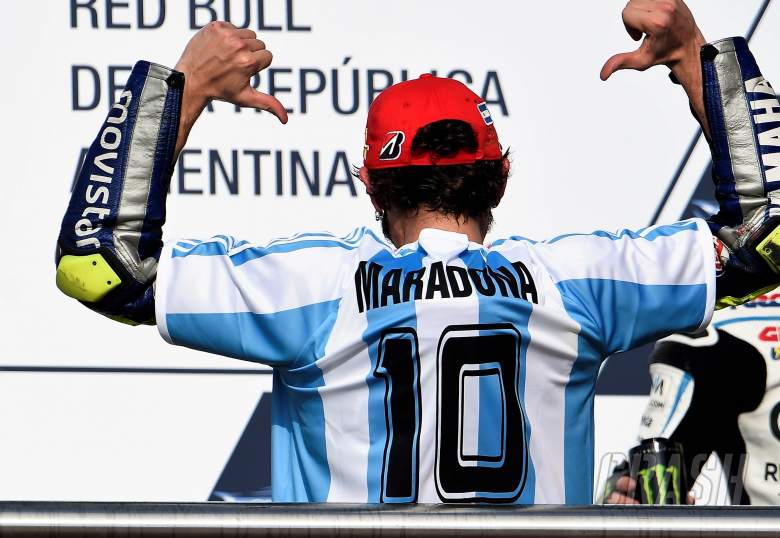 Having kicked off his 23rd grand prix season with a close podium finish in Qatar, Valentino Rossimoves on to Argentina feeling he can 'try to fight' for a tenth MotoGP title this season.

Rossi has finished runner-up at Termas for the last two years - including a 2017 Movistar Yamaha one-two behind team-mate Maverick Vinales - and took victory in the 2015 event after a memorable clash with Marquez.

"Last year we were very strong in Argentina. We came first and second and I think it was the best race of our team that season," Rossi said.

"But since then the balance of the rider field has changed - our rivals are stronger now.

"It will be a hard fight, but I like the track and usually our bike works well there. It could be a surprising weekend, but I hope to be strong."

In a recent interview with La Gazzetta dello Sport the 39-year-old, now committed to Yamaha and MotoGP until at least the end of 2020, added:

“For me, the riders to beat [for the title] are Dovizioso and Marquez, maybe more Dovizioso… but I put them on the same level because Marquez always has the ability to be strong.

"I’m happy with my own first race, but we’re not at their level yet.”

Nonetheless, Rossi feels a title challenge is a logical target given their progress relative to the 2017 M1.

"Last year we lost the 'good' of our bike; we were left with the flaws. Now, we still have some flaws but we’ve found the positives. In 2017 Maverick and I finished third and fifth; we can do more.